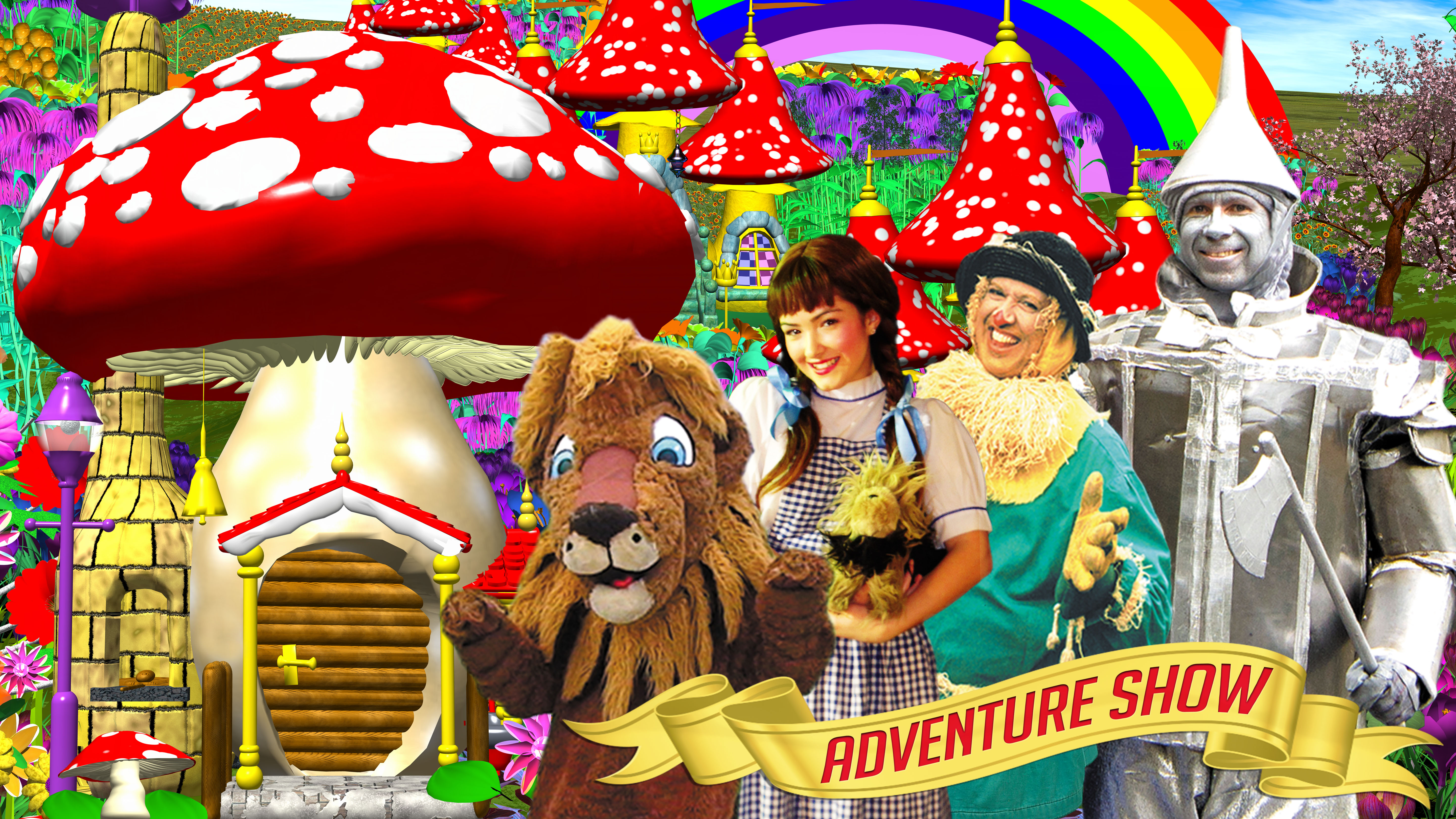 Ever imagined yourself in the merry old land of Oz… walking down the yellow brick road with Dorothy, Scarecrow, Tinman & Lion as you go off to see the Wizard?

Now, in an Australian first, you will be transported over the rainbow in this wacky, new re-telling of Frank Baum’s classic story directed by Brian Laul who has done over 5,000 Oz shows worldwide.

Sing, dance, have fun and actually travel with Dorothy through Munchkinland, Cornfield, Forest & Emerald City as the story unfolds around you in a magical moving, interactive show with dazzling light effects, colourful costumes and catchy soundtrack.

Kids can rap with the Tinman, roar like a Lion, wake up sleepy Scarecrow and dance with Dorothy in an Adventure Show that not only entertains but spreads a message of hope, self-esteem & mateship to the young.